This post and the next checkpoint a sysudokie solution of Antoine Alary’s extra tough More Extreme 200. Sysudokie readers are given an opportunity to get a little extreme, as well.

Happy St. Patrick’s Day. Let’s do the 200. But first, your kraken analysis homework on More Extreme 144: 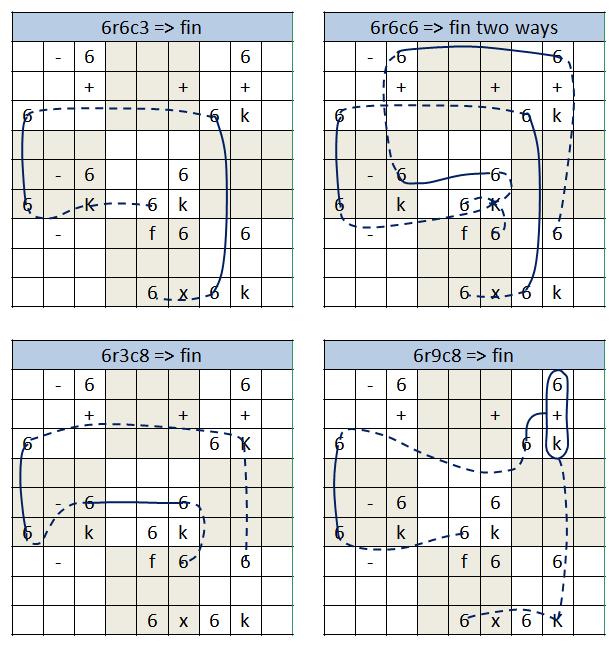 Yes, the other 6 in the fin box is removed, but the four kraken hostages escape.

The basic solving of More Extreme 200: 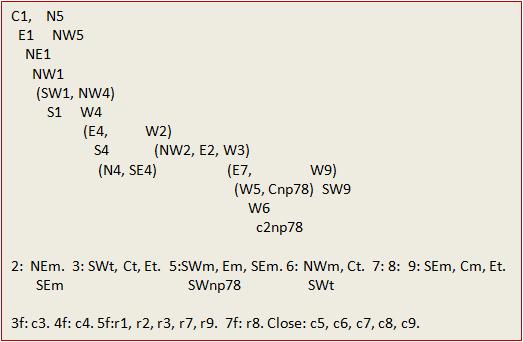 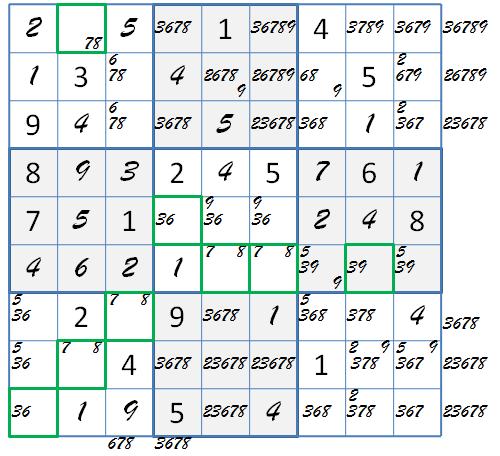 It’s a semi –monster all right. 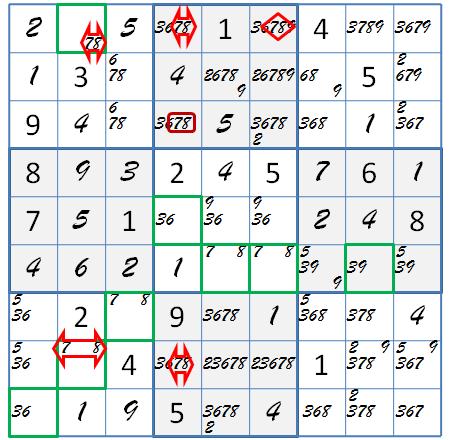 The next result is from the X-panel, and is quite unusual. A simultaneous, finned 7-wing and 8-wing, but no krakens.

That’s all I see for X-panels, coloring or AIC, but the 9-candidates are relatively sparse, with slinks in both directions.

Going to pattern analysis, I have two pink and five olive, with many 9-candidates in one set or the other. A trial of the pink set of patterns could take a big step. 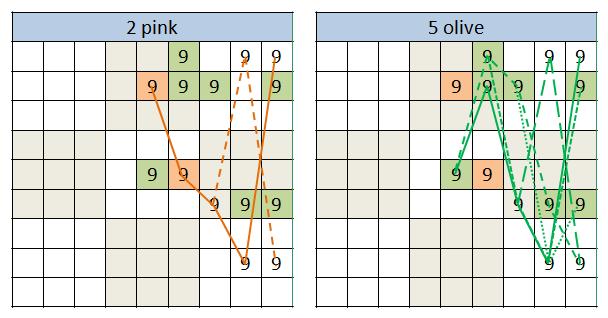 In fact, in the trial of pink patterns, the two 9-candidates in both are confirmed, and the seven exclusive to olive patterns are removed.

As luck would have it, the trial fails with three bv 36 cells in r9. The true 9 pattern is among the olive five 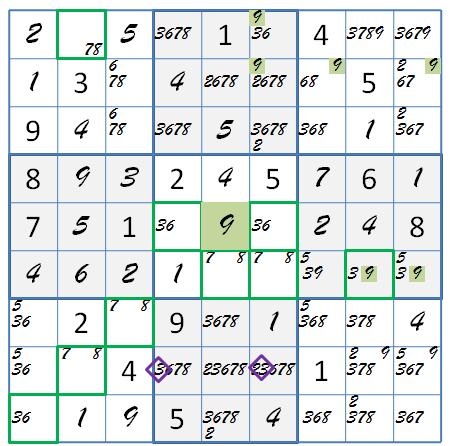 The olive trial brings in only one clue, 9r5c5, but removes two. C9 generates a boxline in S. It’s 3 removals in S allows a Sue de Coq. 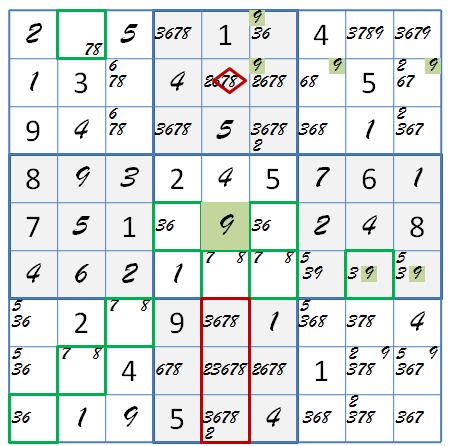 Now, how would you like to do the next pink/olive pattern analysis? The remaining 9 patterns can be divided again.

To be sure of agreeing with the checkpoint, make 9r2c6 pink and shade the 9 cells accordingly. Two clues are added in the olive trial, but only one in the pink trial, so we do the olive trial first, hoping for a more decisive result. As usual, you have a week. Lay off the Paddy’s day cache.

2 Responses to Taking on More Extreme 200