In this post, the solution of the well known monster Fata Morgana is reached via pattern analysis, on a trial of pink patterns vs olive patterns, a frequently used Sysudoku extreme method.

In the previous post, the orange candidates of a nice loop cluster was confirmed for the exocet base solution 3 and 6. Readers were invited to do their own pink olive freeform analysis of the 1-candidates.

Two pink and four olive patterns were found. One orphan candidate was left out of the six possible patterns. In the left panel, the light blue freeforms show failed attempts at complete patterns. The shaded cells designate three candidates in all pink patterns and three in all olive patterns. One of those sets must be true with the true 1-pattern being that color. The other set must be false. 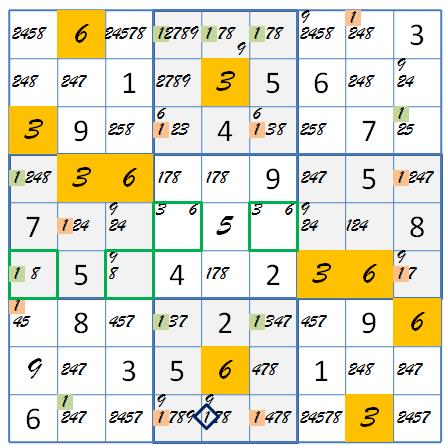 This suggests we may be one or two trials away from a solution. We try pink patterns first. 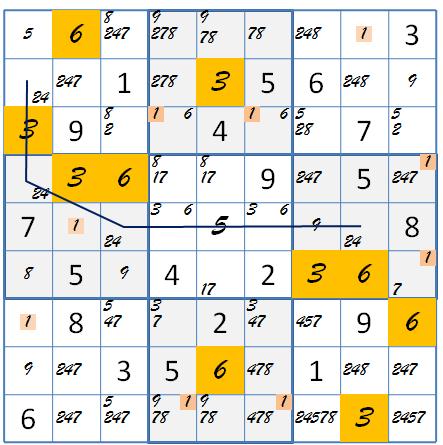 In the pink trial, the trial trace is extended by a remote pair, as shown here, which confirms NE8.

Next post will close the books on the FM with the olive trial. That’s anti-climactic, I know, but I do it to show what would happen if we happen to choose the olive trial first, and as an example of good practice against multiple solutions. 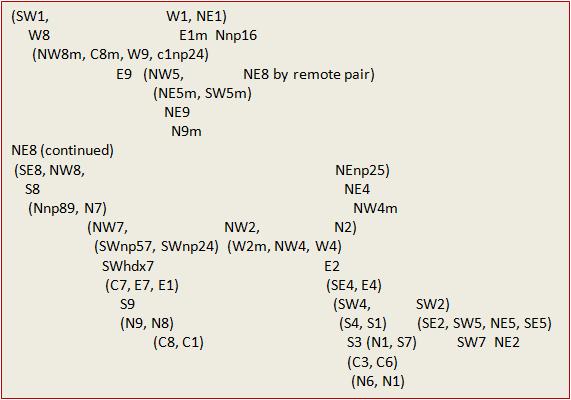