The Olive Side of Fata Morgana

This post illustrates with Fata Morgana the practice of taking both sides of a trial, to be sure that a contradiction is found.

The pink trial led to the solution. Fully expecting a contradiction, the olive trial begins with the four candidates included on all possible olive patterns. The marking ends without a conclusion. 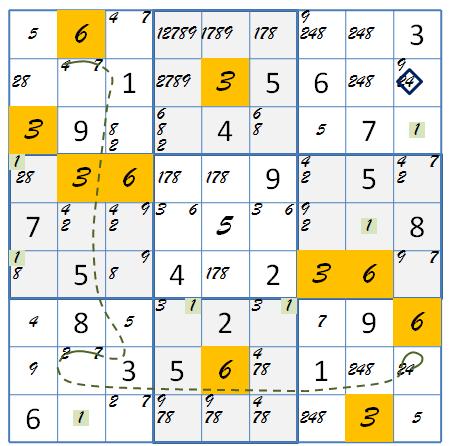 The  bv scan with a bv map yields only an indecisive ANL. 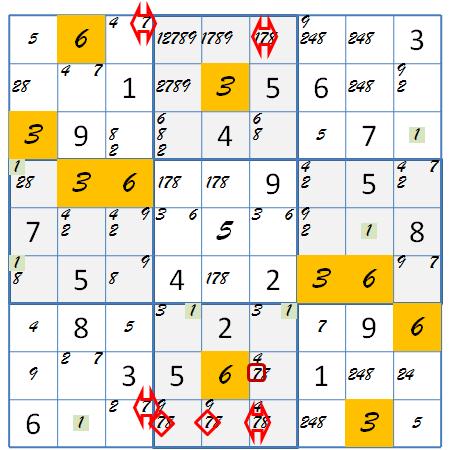 The X-panel now gives a finned 7-wing, getting the marking moving again.. There are no kraken victims.

The expected contradiction appears as the marking places a second 2-candidate in the NW box.

Given all that has been written about Fata Morgana, it is rather surprising that its complete analysis comes with such straightforward applications of sysudokie exocet, nice loop coloring, and pattern analysis trials.

Next, we revisit Wex 435, the puzzle concluding the recent Weekly Extreme review. An independent analysis by Gordon Fick shows that it doesn’t require pattern analysis, only a good eye for AIC. An acquaintance with kraken fish and coloring doesn’t hurt, either.