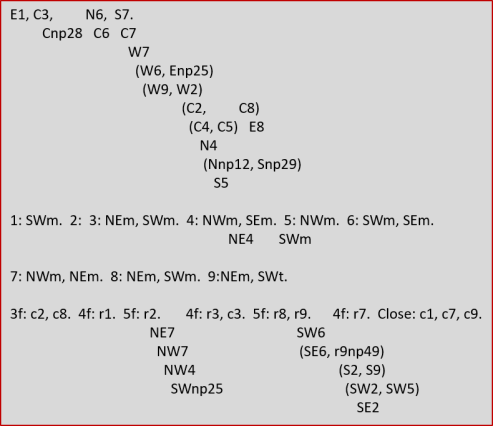 Ardv2 198 barely escapes the bypass, but still manages to get to the bv scan. 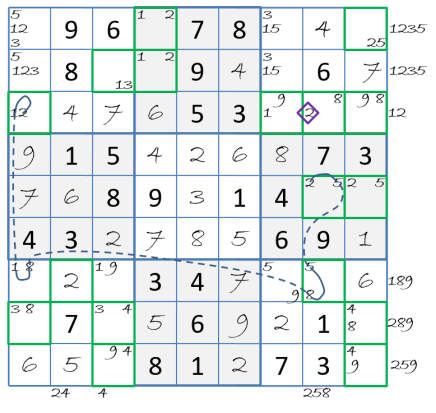 It arrives with a large, well connected bv field, which promises an extensive XY Railway.  The first XY  I happen upon, . . . 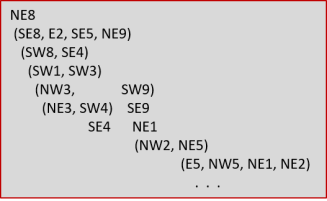 proves to be decisive. 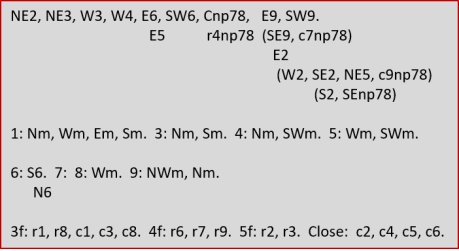 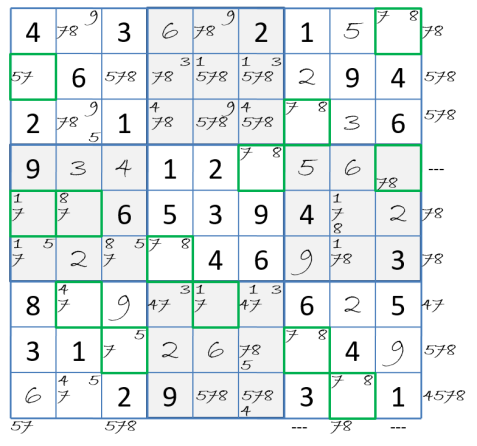 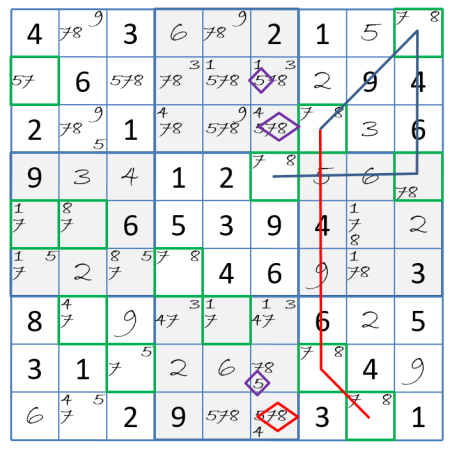 End cells of chains of even length are conjugate pairs, containing true candidates of each number! 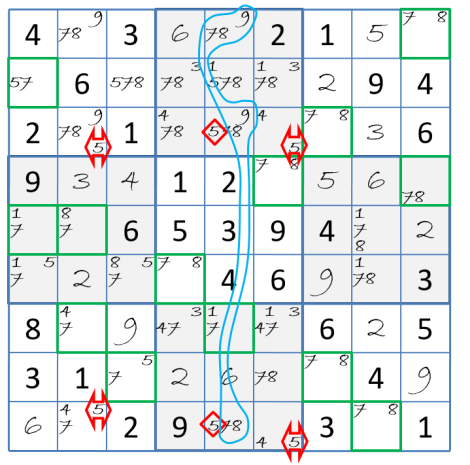 The resulting 5-wing in columns 2 and 6 removes two of three 5’s in c5, leaving a decisive clue and naked triple.

Next in the review is Ardv2 278, but you get two weeks to get your solution ready.

That’s because next post will explore a curious situation arising from  Gerald Asp’s comment on Ardv2 38, on which a Sysudoku innovation is brought into question, because I left out a given!