Only Extreme 132 Is Cut From the Extreme Team

Another example of expansion of a limited coloring network via the not-both test on an AIC slink. It’s an extreme tactic that need only be tried as a last resort. While the expansion does work in OnEx 132, it is indecisive, and the solution can be found by without trials. 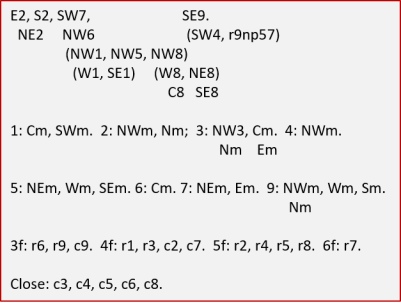 Please comment if you know of anyone else that has introduced the not-both cluster expansion technique.

And here is the line marked grid , fill strings attached: 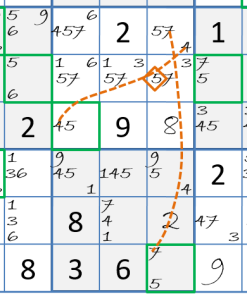 My bv scan came up with a regular 475-wing, for one more bv cell. No XY  trains running on the railroad.

No fish or X-chains on the X-panels either. When a limited blue/green cluster appeared, a goal of the review was to try the not-both test to extend it.

In the XY-wing 9r1c3 and 7r1c8 are shown to be strongly linked.  For them to be color linked they only must be shown to be not both true. Assume they are and follow up for a contradiction. Such trials can be easy, but in hard puzzles, they generally aren’t.

Testing the not-both is arduous, but 9r1c3 and 7r1c8 are finally proved guilty of something, in this case, conspiracy to force two 5’s in r6.

The cluster extension makes 7r1c4 blue, extending the cluster to c8 and completing an XY ANL. But it’s hard work for an indecisive removal 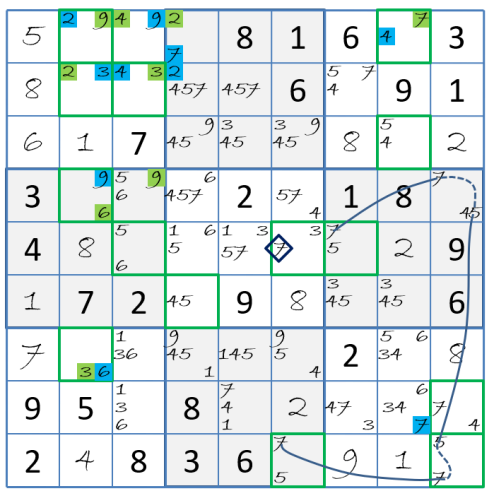 After this follow-up AIC ANL failed to lead anywhere, the original post closed out with a pattern analysis.

In this update,  the same analysis is used directly in place of the not-both trial, and immediately after the 475-wing. 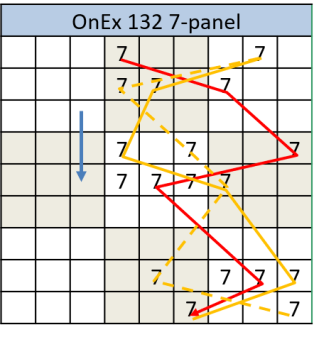 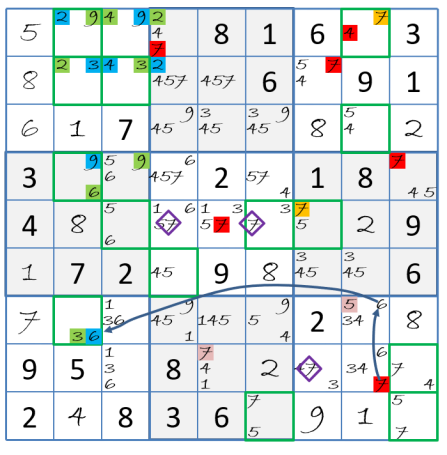 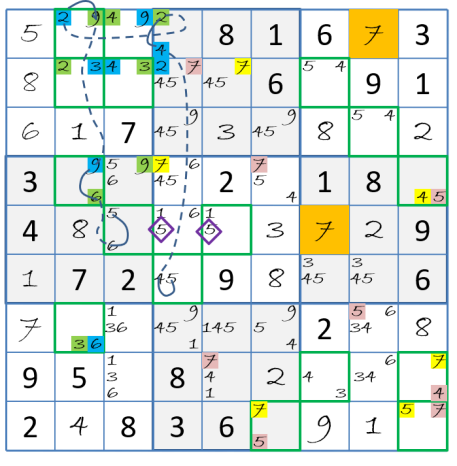 The two orange patterns are assigned violet or yellow.

not(blue and violet) => green or yellow.

The XY-chain enabled by the red wrap delivers 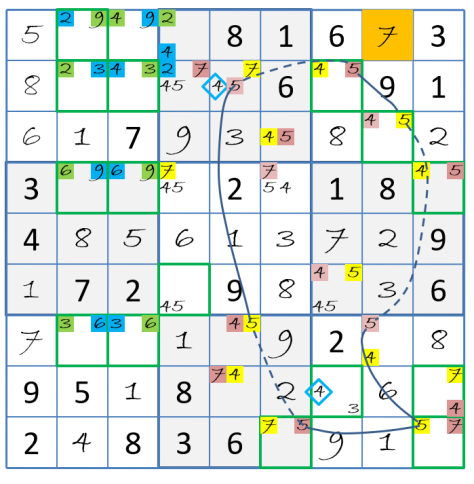 The violet/yellow expansion wraps violet in r2 and c6 for a collapse of Only Extreme 132.

Sudokuwiki  didn’t  analyze 7-patterns or  the coloring clusters of OnEx 132. In backing up the update, it reached the “singles” collapse with this 5-chain confirming ANL.