An Unexpected Challenge from TV Times

Sysudokie Sunday breakfasts were shaken up February 4 by the Sudoku in the TV Times, which unaccountably defied the bypass. Accustomed to dusting this one off as a warm up, many wound up with an unwelcomed cloud on the amply sized grid, and spending surprising amount of time getting to a solution.

Forget about 3-fills. Starting with the grid in the previous post, the scan of numbers produces a trace of

Now you have to recognize that the c5 5-fill gives a hidden single 8.  Put that in and rescan 1 – 9, for three more clues. 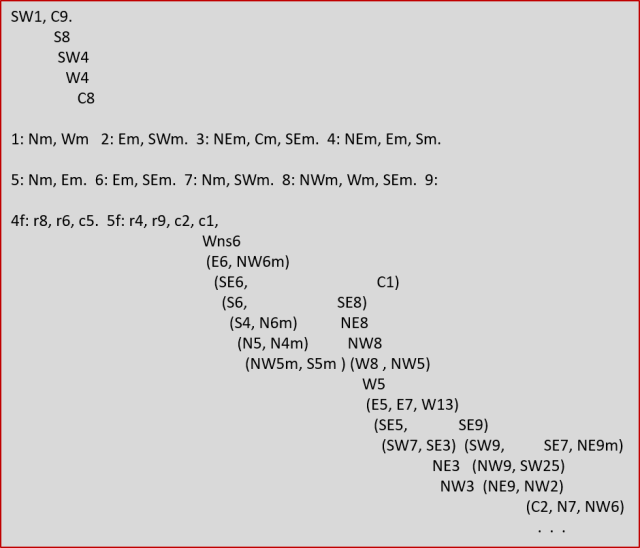 . . . and the grid at the naked single point of collapse.  Who would’a thought?

We’re spending some in March with Rebecca Bean’s Extremely Hard Sudoku, v.10, and you’re invited to the preview, with her second highest rated puzzle I-34.

I'm John Welch, a retired engineering professor, father of 3 wonderful daughters and granddad to 7 fabulous grandchildren. Sudoku analysis and illustration is a great hobby and a healthy mental challenge.
View all posts by Sudent →
This entry was posted in Basic Solving Procedures, Puzzle Reviews and tagged line marking, TV Times. Bookmark the permalink.