This post begins the second review of a Rebecca Bean collection, this one prompted by a clever cover, and similarities in format to recently reviewed collections attributed to Moito Publishing, A.D. Ardson and James D. Glover. Here we resolve Extremely Hard v.10 I-34, assigned last week for your homework.

In my first Bean review, of 600 Extremely Hard Sudoku Puzzles with Answers, there were 12 sections of 50 puzzles each.  I selected the #6 puzzle from each section. There were only two advanced puzzles in that selection, and nothing extremely hard. Later I reviewed Moito’s Sudoku Road to Mastery, which proved to be much more challenging. The grids of the Moito, Ardson, and Bean books are identical. None of them provide any background accounting for the similarity of production or anything else.

But significantly, Moito and Bean ExHd v.10 share something else, a rating system covering an identical number range. The system also appears in Glover’s unacknowledged Sudoku Puzzles Evil Killer.  In the Moito review, I selected 10 highest rated puzzles, and therefore have reason to believe that doing the same with Bean v.10 would produce a fairer evaluation.

One more bit of context before we plunge into Bean’s ExHd v.10. A look at Bean’s Amazon author page reveals over 50 collection books carrying “Extremely Hard Sudoku” in the title! And I thought the “volume 10” was a promotion device!

Many have clever covers, but there is no statement inside about duplication. I found one match between my two ExHd’s by picking one and scanning the other book for a duplicate. Also, in view of the deluge of similar books,  I’m not persuaded that  Rebecca Bean and A.D. Ardson are people. Could they be computers in a Moito back room?

Representative or not, the two Bean reviews and two Ardson reviews will be my last, unless readers have reason to suggest otherwise.

Now for Extremely Hard I-34, Bean rated 0.94. The basic trace is typical of the volume 10 collection: resistance to the bypass, normal box marking, and a tough line marking. 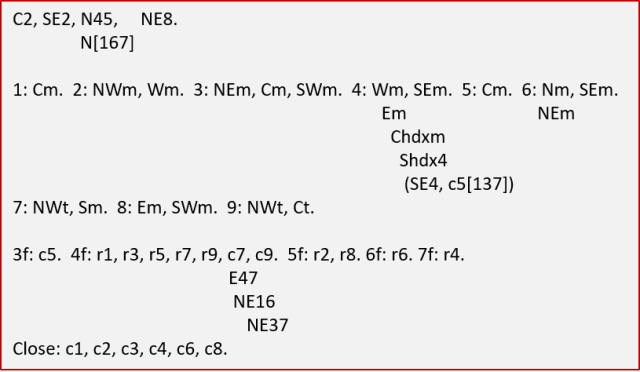 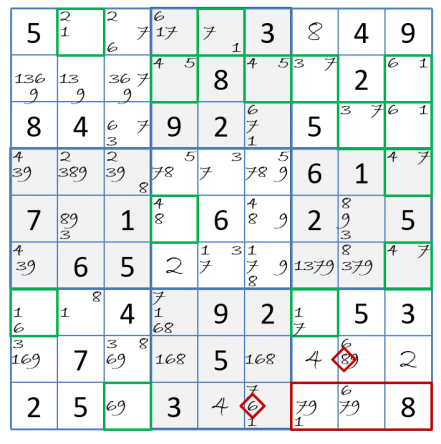 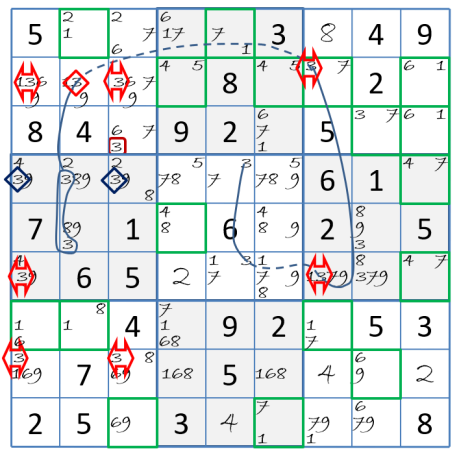 On the 3-panel, a grouped 3-chain ANL reduces the fins of a swordfish to one, and the fish removes a 3 in the fin box.

The removal leaves a decisive boxline. See it? 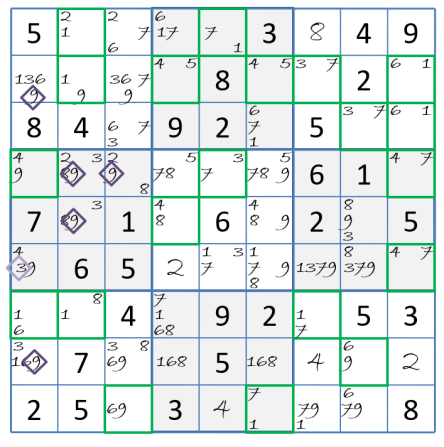 Yess! 3r6c1 goes as well, setting up a naked pair that takes five 9-candidates with it. 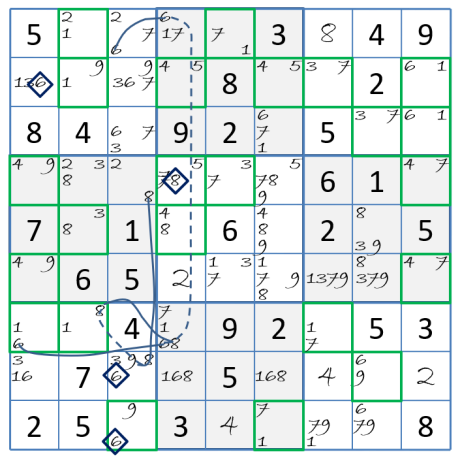 Then more X-chain ANL, one on the 6-panel, and one on the 8-panel, bring the collapse.

Advanced, but not extremely hard. Did you do it that way? 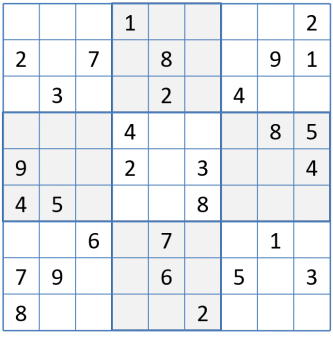 Next week, it’s another 0.94 but tougher, with a special WYZ-wing and a heavy dose of coloring. Its Extremely Hard v.10 II-29.

There are new pages off Sysudoku Advanced in the Guide. One’s on unique rectangles and other uniqueness methods. Off the BV Scan, there’s a new one on Sue de Coq. The Sysudoku approach differs from expert consensus in a fundamental way.