The candidates of a nice loop form a coloring cluster. This review puzzle from the Lucky Panda Sudoku review illustrates a decisive nice loop coloring. Two hidden UR 2 show up as well.

After a productive bypass and box marking,

a naked triple is confirmed on the last line marked row. 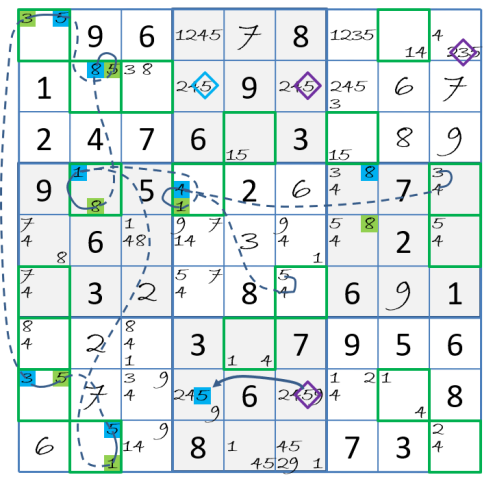 a second hidden unique rectangle. This time the forcing slink is a 2-slink.

Then, an ANL recycling part of the nice loop to remove 5r1c9 to create an aligned triple boxline. 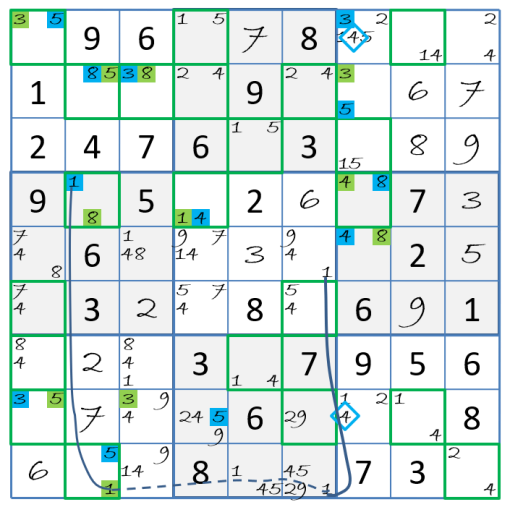 As E48 expands the cluster, a skyscraper 1-chain wraps green

The blue collapse is immediate. You can trace the skyscraper back to the first coloring, to see if it is decisive, without the later removals..