This post gives the third in a consistent series of bypass collapses of the pre-selected review puzzles from 500 Sudoku Extreme Puzzles by PencilPress. This is verifiable fact because readers can reproduce the sequence of grids of a solution path,  using a Sysudoku basic trace, such as this bypass trace of ppbr 25

This post also begins  an update of the first Sysudoku collection review, in February 2013, of Tom Sheldon’s Sudoku Master Class.  In the original review, only highlight grid snapshots were published. When the update review is complete, a link to it will be inserted in the original post. 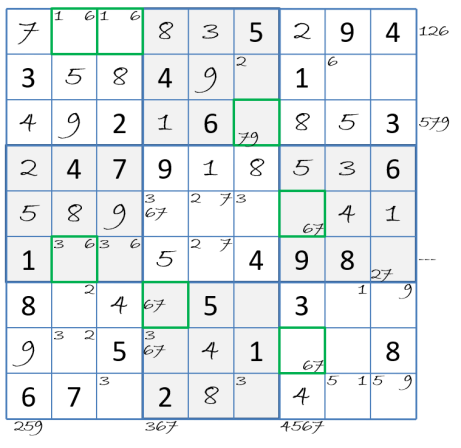 On Sheldon’s Master Class 30, which didn’t get a grid display in the original review, here is the line marked grid at a point where solution is assured.

The original review’s trace didn’t separate out the bypass, so it wasn’t evident how stingy the givens were.

From now on, I’m shortening the box marking lists by leaving out the “m” (for marking) on slinks of the list value.

That modifies the line marking above to

The Sysudoku trace remains unique feature in Sudoku literature, for some reason. Everyone is welcome to use it. It’s hard to appreciate what ‘implication by indentation’ does for the basic trace, unless you try to read the form it took when I started tracing.

Below is a sample of my earlier line marking trace, in which the operator ‘=>’ means “implying” and the nested series of uncompleted lists is represented by nested parentheses. You can encounter the problem by attempting to rewrite it in the indented form I write now. 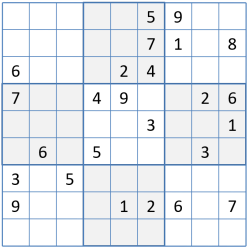 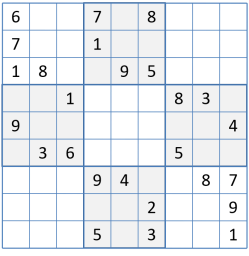 Next time, its Pencil Press bottom right, page 33 at left, and Master Class 40, to the right.