Nakamoto 83 earns its Extreme badge by an extremely tough Basic, and resistance to anything short of AIC building. It ends with an expanding cluster, accelerated by a series of BARNs. This post brings you to the first one, and leaves it to you to find the rest, before the March 10 post.

The line marked grid is evidence of the extremely tough basic phase, with many long line fill lists and cells of four and five candidates. 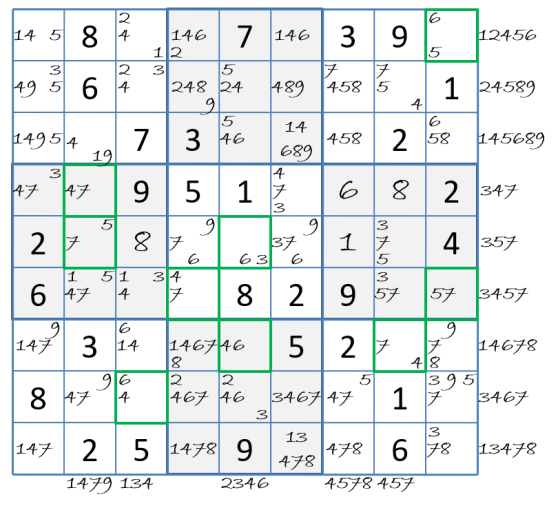 The basic trace reports no concessions. 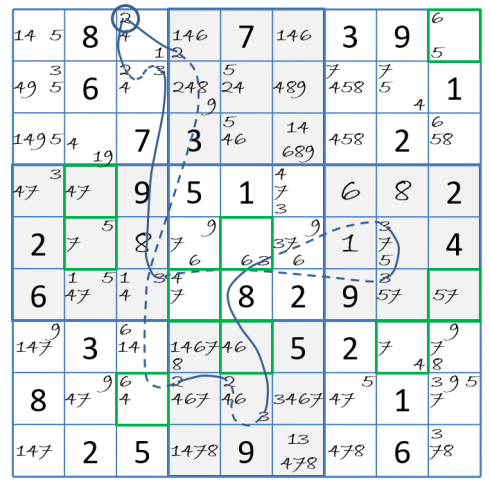 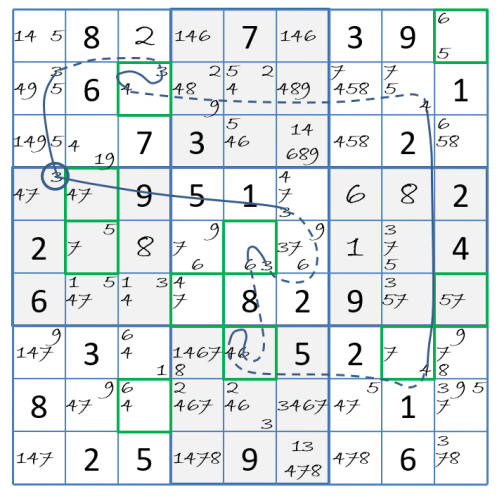 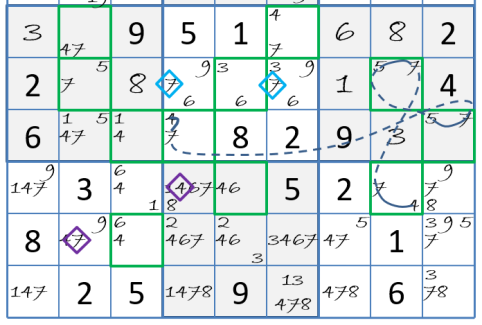 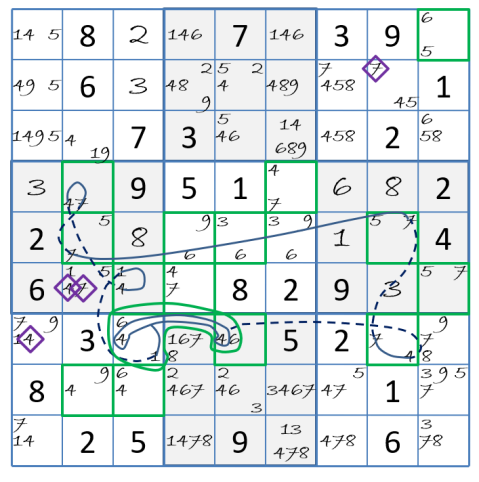 Now, starting from the new 7-slink in the r5s57 pair, an ALS node and XY segment lead back to the starting 7 for a nice loop.

Nakex 83 is showing that boomer search is a basis for all AIC building, and there is good reason to keep up with bv scanning data. 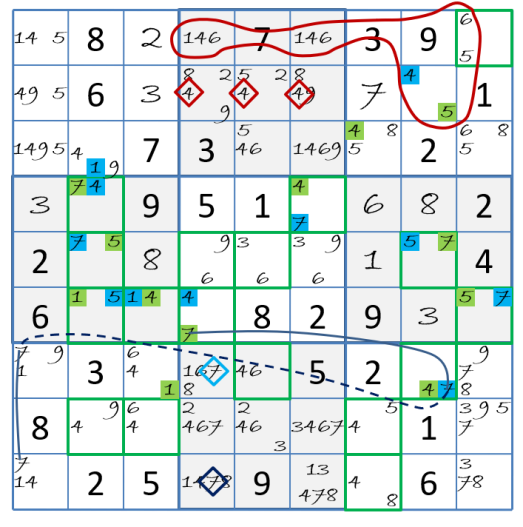 nets a trap, and an XY ANL, to which Sudokuwiki adds a BARN.

For newcomers, a BARN is a Bent Almost Restricted n-set.

An n-set is n cells containing only n values. In this and most cases, n = 4. “Restricted” here means confined to one unit, box or line. “Almost” refers to one of the values being bent to share two units, a bent region. In a BARN the bent value is toxic. It  includes a true value.

From here, Nakamoto Extreme 83 finishes with coloring expansions and traps, generating a series of three more BARNs and two shortcut ANL. Using Sudokuwiki, I missed out on finding them, but you don’t have to. It’s laid out next week.

8 Responses to A Nakex 83 BARN Challenge