A Pattern Analysis Attack on Nakex 103

This post reports an alternative Sysudoku solution to Nakamoto Extreme 103, starting with a pattern analysis signaled on an X-panel. The analysis develops and exploits a coloring cluster to accelerate the solution. 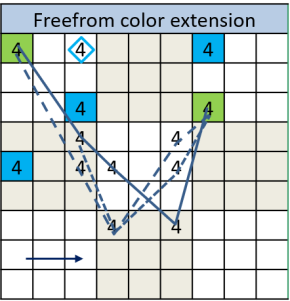 The starting cluster is expanded when West to East freeforms reveal that any pattern including 4r1c1 also includes 4r3c7. In other words, if blue 4r5c1 is false, then 4r3c7 is true, defining a slink carrying the colors across the grid to trap 4r1c3.

After this expansion, West to East freeforms for blue confine it to a single pattern, and the cluster wraps green, as two green 4’s are forced into c3, with follow up:

After a third ANL triggers a SEr9 boxline,

a large second cluster can be  added, just in time for a shortcut confirming ANL. 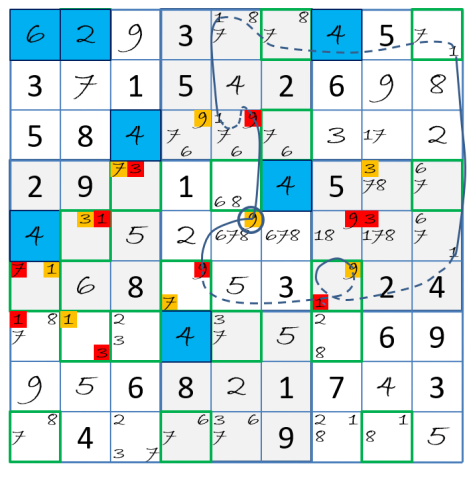 This sets up the identical confirming ANL from the Sudokuwiki path, but this time, for the collapse, as orange 9r5c5 wraps red.

The collapse trace and color version of the solution are below. 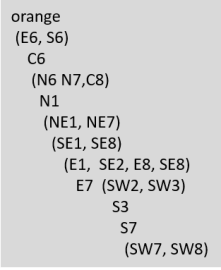